How to Read Early Christian Texts

Before we can begin to examine the various writers and documents of the postapostolic age and beyond, we need to pause for a moment to address the differences between the writings of the early Church and modern literature. It is tempting to read early Christian documents as though they always give us the facts as they were, however, often the authors are presenting more of a wish list than a news report. We must keep in mind that most of the early Christian writers were not consciously writing history for our benefit, they were writing for the people of their own time, to convince them of something. Therefore, the following caveats will be helpful to keep in mind while reading the patristic documents.

Don’t assume uniformity across the empire, or uniformity of development.

Just because a certain document includes evidence of a particular belief or practice, one cannot generalize that belief or practice as if it were universally held by the whole Church. As long as the Church was not legally recognized, communication could be somewhat limited between cities, and especially between the eastern and western halves of the empire. Even where communication was easy, Christians in different areas did not necessarily agree. Proof of this is in the New Testament itself, where many of the earliest Christian documents (the letters of Paul) would not exist if it were not for conflict and disagreement. Therefore, one must take the origin of a document into consideration when one is trying to determine what the Church believed and practiced. In reality, the old impression of the early Church (based on Acts 2:44), that it was characterized by a uniformity that was eventually lost and never regained, is probably far from the truth. In fact, as it happened, it was most likely quite the opposite. For example, there was certainly a significant amount of diversity of liturgical practice within the early Church that over time went through a kind of standardization as the boundaries of what was acceptable were drawn. And of course, much like documents in the New Testament, many of our patristic documents would never have been written had it not been for the reality of disagreements and controversies.

In addition to diversity across the empire, we also have to acknowledge a diversity across time. In other words, we cannot assume that traditions developed at the same rate from one place to another. For example, if we can determine that the shift from an evening agape meal to Sunday morning Eucharist had taken place by the mid-second century in Rome, for example, that does not necessarily mean that it had also developed in Antioch by the same time. The end result is the same: just because a document provides evidence of a belief or practice at a particular place and time in history (assuming that the document can even be dated with accuracy), that does not necessarily mean that the same belief or practice was held in other places at the same time, or in other times at the same place.

Don’t assume that something is new the first time it is mentioned.

Unfortunately, there are many early Christian documents that we no longer possess. Some were lost to the decay of time; others were deliberately destroyed. In fact, there may be more documents that we don’t have, than that we do. The documents available to us are called extant, which simply means that they still exist. But the fact that there are many missing pieces of the early Christian puzzle means that we cannot assume that a lack of mention of something in the extant sources is definitive proof that it did not exist. Silence is not proof of absence, though it may be one piece of evidence in that direction. We also cannot assume that the early Christian writers told us everything, or even tried to. Often the beliefs and practices most universally agreed upon in the early Church are the very ones that no one bothered to write about. Why take up precious parchment or vellum writing down what everyone already agrees about? For the most part, issues are discussed precisely because they are not agreed upon.

Therefore, if something shows up for the first time in a certain document written at a certain time, we cannot assume that it did not exist in the Church before then. In fact, it is safer to assume that it was not new, since as we will see, the early Christians were often skeptical of anything new, and to be accepted, an idea had to have at least an air of age to it. On the other hand, it is also possible that an author will exaggerate the length of time a particular practice has been around in order to enhance its credibility.

Don’t assume that a tone of certainty is evidence of agreement.

Since the main reason for writing was often to enter into debate and convince someone of a particular point of view, the authors of early Christian documents will naturally write as though what they are saying is the only reasonable point of view. However, here we need to read between the lines and recognize that if, for example, St. Ignatius of Antioch says that everyone knows there should be only one bishop in each city, there is obviously some disagreement on that point or he wouldn’t bother to write it. If everyone really did know it, they would not need Ignatius to tell them. Therefore, if an early Christian writer takes the attitude that “everyone knows this is how it’s always been done,” you can be sure that someone was out there doing it differently.

When reading patristic texts, always ask yourself why the text was written. Who is the opponent? What is the agenda? In order to properly interpret a document, we must keep these things clear in our minds, especially when the authors resort to ridicule and name-calling (and they do).

Don’t assume that people in the ancient world are less enlightened than modern people.

Ever since the Enlightenment, there has been a kind of modernist arrogance which assumes that the later one lives in time, the more “advanced” one must necessarily be. This is partly based on the realities of the Scientific and Industrial Revolutions, but when reading ancient texts, the reader has to keep in mind that this does not mean that in the realms of philosophy or theology, the reader is automatically superior to the author. It is true, on the one hand, that ancient authors had their biases, agendas, and to a certain extent, outdated worldviews—but on the other hand, the modern world is hard pressed to come up with very many who can match the Doctors of the Church. So when it comes to the Church Fathers, the reader should approach the text as a student, open to learning from the wisdom of the geniuses and spiritual giants of the early Church.

Always beware of approaching the text with condescension, as if the document is a quaint artifact to be read as a curiosity only. Never presume to think that you read with a neutrality that allows you to be an unbiased judge over the content. Beware of what Henri de Lubac warned of, when he wrote, “We think that we can affirm tolerance is making progress. What we don’t realize is that a new intolerance has taken the place of the old one.” As Edward Oakes has commented, “No one is more prejudiced than someone who thinks he is without prejudices.”

Art for this post: Cover and featured image used with permission. 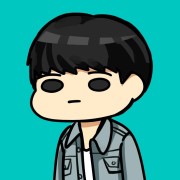 Detox Your Mind: 5 Practices to Purify the 3 Poisons

Abide: A Pathway to Transformative Healing and Intimacy with Jesus (Book Review) – SpiritualDirection.com